What is an Initial Coin Offering (ICO)?

ICO has become a popular term in the legal and financial spheres. It is defined as an unregulated issuance of digital assets where investors can raise money in cryptocurrencies. As opposed to an Initial Public Offering (IPO), an ICO is strictly restricted to cryptocurrency and is unregulated. It can be considered as a form of crowdfunding.

This flexible funding mechanism attracts an increasing number of companies. According to a Goldman Sachs study, since June 2017, ICO fundraising has surpassed seed and angel funding as the main source of technology funding.

ICOs are linked to the Blockchain, which is an open-ledger technology, to the extent that the latter can be used for financial transactions and namely cryptocurrencies. Let us recall that Blockchain emerged with the cryptocurrency Bitcoins.

Mathias Avocats further develops how ICOs function and the risks they may hold.

How does an ICO work?

As previously stated, an ICO is a funding mechanism for companies. As such, it must be carried out during the project’s start-up phase. The terms of the contract and the project will be outlined in a white paper made available to the investors.

In practice, during an ICO, an investor will acquire digital assets called tokens and the company will obtain cryptocurrencies to fund its project. It must be underlined that tokens are not shares of the company and do not entitle the investor to any sort of cash flow (ex: dividends). Thus, tokens do not give ownership rights. Tokens are rights in the company’s project and will vary according to the purpose defined (ex: money transfer, registry, services…). 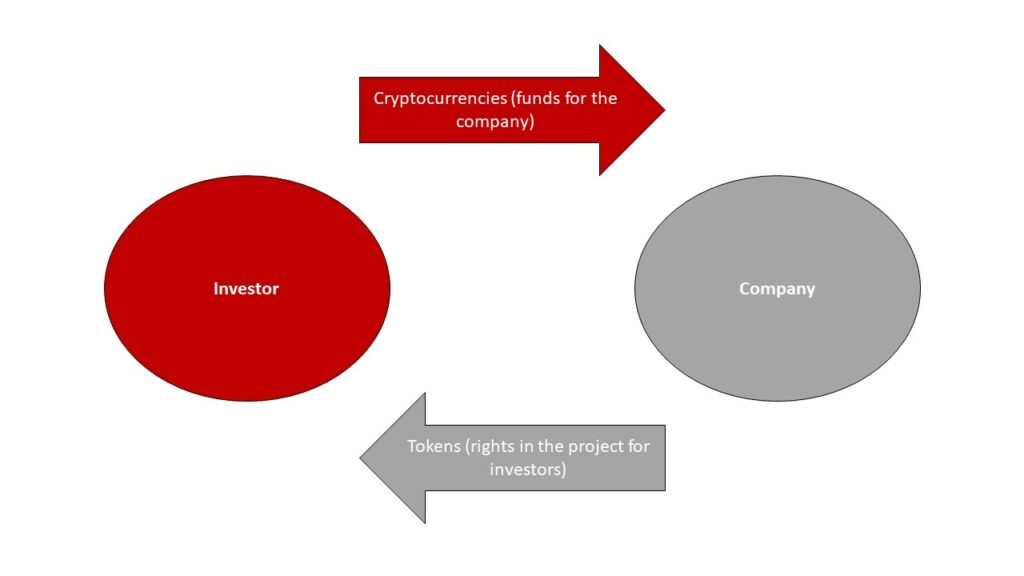 Let us underline that several types of ICOs exists depending on the company’s goal. The price can be static or vary according to the number of tokens issued. Moreover, ICOs may have multiple rounds or several ICOs can take place for the same project. However, the mechanism described above remains the same.

Following the acquisition of tokens, the investor can either sell them on a trading platform (hopefully, for profit) or keep them and later exercise his or her rights in the project.

What are the risks?

ICOs are very attractive. They are quick, flexible (seeing as they are unregulated) and appear profitable. For example, during the year 2017, Filecoin, a blockchain-based storage network and cryptocurrency, raised $257,000,000 through an ICO.

Nonetheless, investors should be forewarned of certain risks. This is all the more important seeing as investors can be laymen. They will not have the same business knowledge as professionals and may be more vulnerable. For the company launching the ICO, the lack of professionals may also dampen the projects rate of success considering the lack of contacts or experience of laymen investors.

The lack of regulation for ICOs leads to legal uncertainty. If ICOs are not legally qualified, how can an investor protect him/herself? What action(s) can be brought? In the event of a scam or hacking, what remedies are available?

In practice, investors should check the compatibility of the tokens with their wallets. Indeed, certain wallets may be incompatible with the tokens bough. Investors should consider having a wallet which allows the exportation of private keys in order to be able to transfer the tokens to a new compatible wallet. Furthermore, some trading platform may not accept all tokens. This makes it harder to invest and make a profit.

Can ICOs be regulated?

Recently, there has been a growing concern regarding the lack of regulation for ICOs. Several countries have taken initiatives to protect investors and to set up ground rules for companies launching an ICO.

For example, the Securities and Exchange Commission (SEC) of the United-States has taken several steps to regulate ICOs and protect investors. The Commission namely created a Cyber Unit which will focus on targeting cyber-related misconduct such as violations involving distributed ledger technology and ICOs. It further published an Investor Bulletin on ICOs providing guidance and explanations. The Bulletin also provides that certain tokens may qualify as securities subject to the SEC’s jurisdiction.

The European Securities and Markets Authority (ESMA) is also considering the subject. It recently issued two statements on the risks ICOs for investors and firms. Other countries have yet to take initiatives and some have imposed bans on ICOs (ex: China).

Mathias Avocats will keep you informed of further developments.